The proposed Avi Kwa Ame (Ah-VEE kwa-meh) National Monument in Southern Nevada contains some of the most visually stunning, biologically diverse, and culturally significant lands in the entire Mojave Desert.

Stretching from the Newberry mountains in the east to the New York, South McCullough, Castle, and Piute mountains in the west, these lands feature dramatic peaks, scenic canyons, natural springs, sloping bajadas covered with ancient Joshua tree forests, unique grasslands, and a rich history of rock art and other cultural sites.

The entire area is considered sacred by ten Yuman speaking tribes as well as the Hopi and Chemehuevi Paiute. For the Yuman tribes, the area is tied to their creation, cosmology, and well-being. Spirit Mountain, called Avi Kwa Ame by the Mojave Tribe, is located on the eastern boundary of the Monument. It is designated a Traditional Cultural Property on the National Register of Historic Places in recognition of its religious and cultural importance.

Energy developers recently tried to build a large, 30,000-acre wind farm in the heart of this dramatic landscape and newly proposed project has heightened efforts to protect the region. Such development would forever scar these valuable lands and degrade their world-class habitat and nationally recognized cultural resources.

A coalition of tribes, local Searchlight, Boulder City and Laughlin residents, the Nevada Legislature, conservation groups, recreation interests, and others is working to establish the Avi Kwa Ame National Monument to permanently protect these treasured lands. Avi Kwa Ame is the Mojave name for Spirit Mountain and the surrounding landscape. The mountain, located on the eastern boundary of the proposed monument, and the surrounding landscape are sacred to twelve Native American tribes. 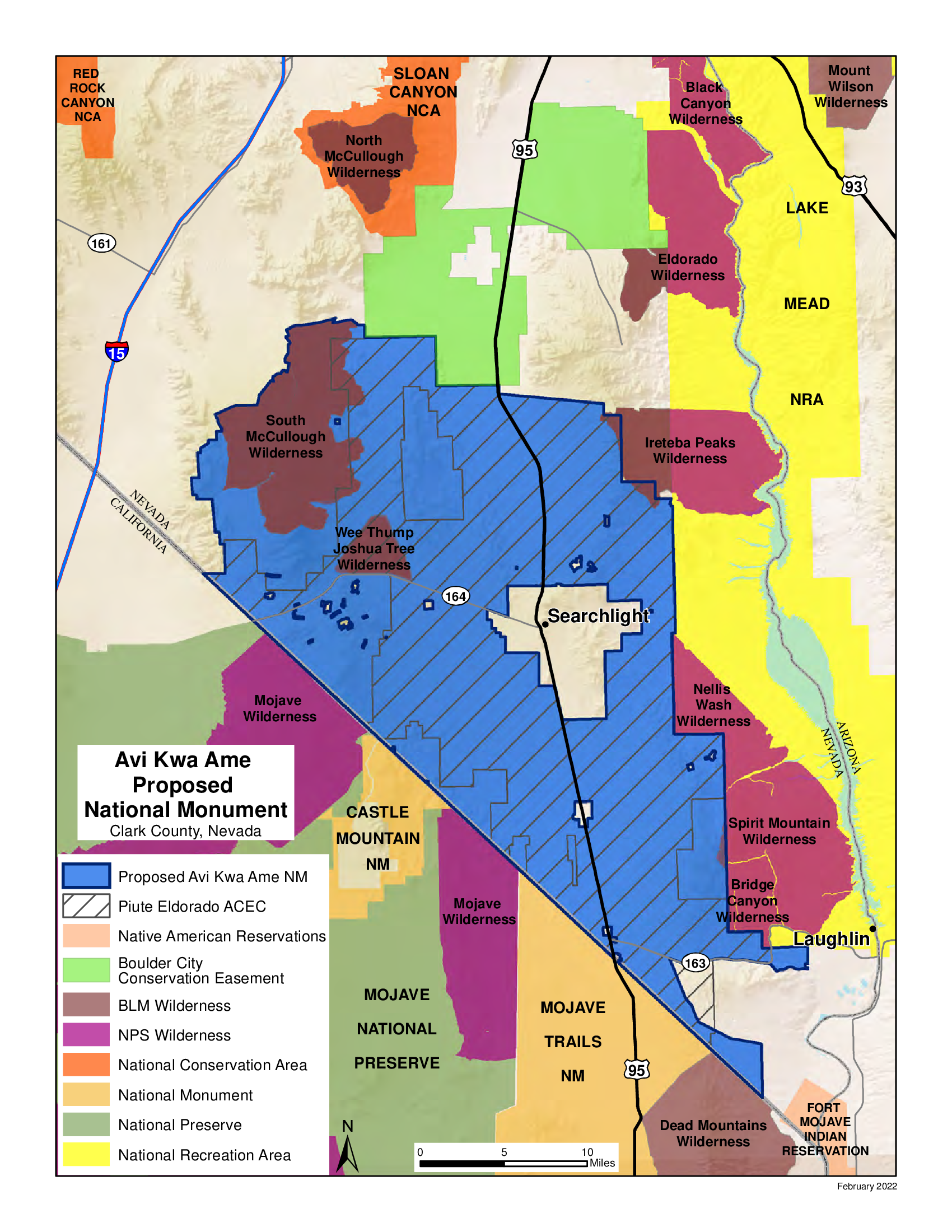 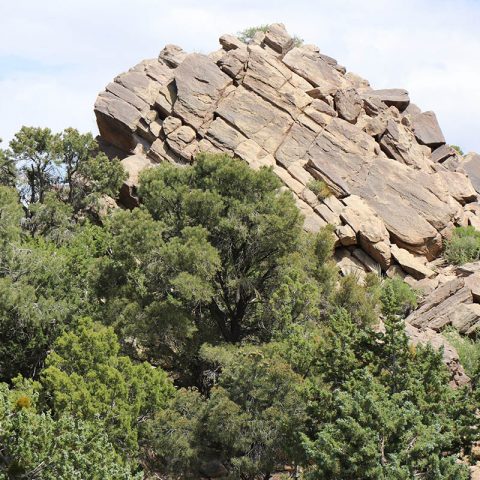 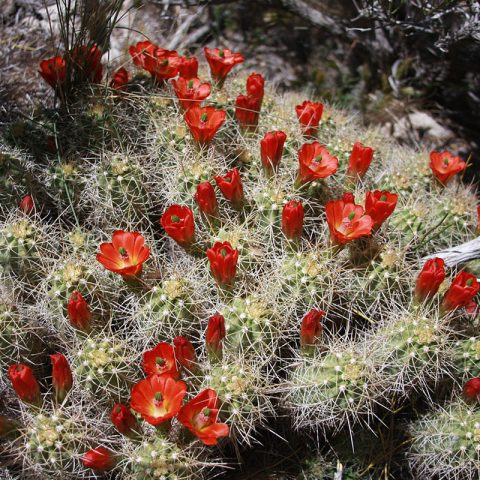 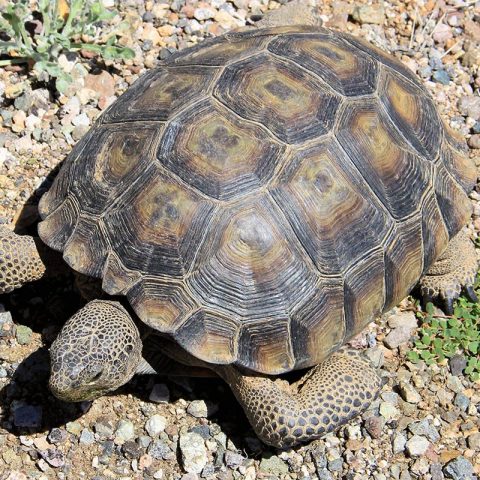 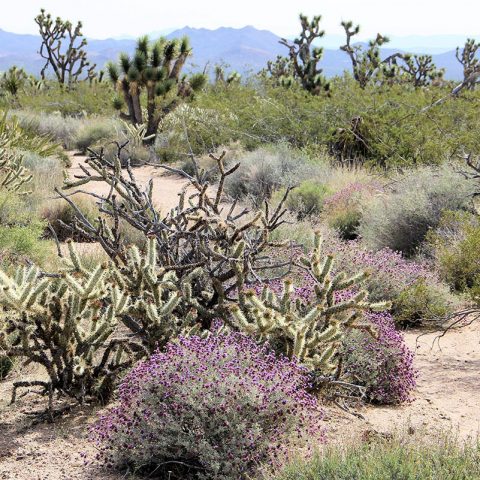 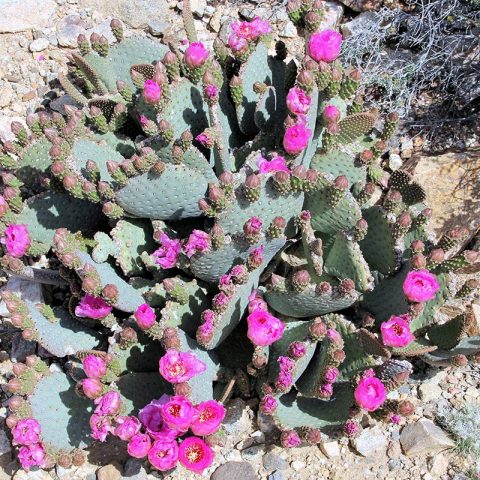 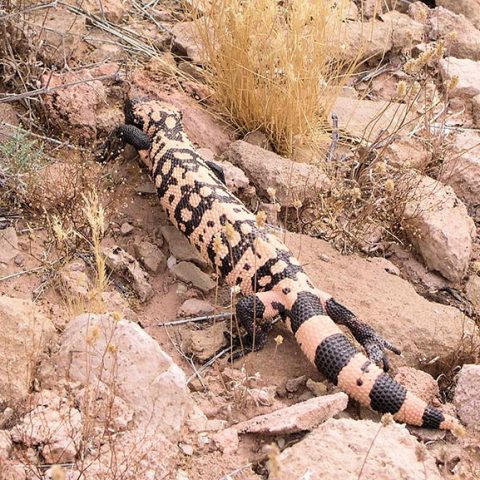 Within the proposed national monument

These sections of the Newberry Mountains and Spirit Mountain outside of Lake Mead National Recreation contain dramatic, granitic mountains with a dazzling array of intact habitats and culturally significant sites.

These valleys provide essential desert tortoise habitat and are critical to tortoise survival.

Nevada Portion of the Dead Mountains

The California side of the Dead Mountains is designated wilderness and was set aside for its cultural significance. The proposed national monument will protect the Nevada side of this culturally significant mountain range, which contains areas of both sacred and ritual importance to Native American Tribes.

One of the most scenic and culturally significant canyons in Southern Nevada.

The proposed Avi Kwa Ame (Spirit Mountain) National Monument spans nearly 450,000 acres of public land in southern Nevada with outstanding ecological, cultural, recreational, and scenic values. Designating these lands as a national monument would ensure their preservation for the benefit and enjoyment of present and future generations. I support establishing the Avi Kwa Ame National Monument.

The proposed monument contains some of the most visually stunning, biologically diverse and culturally significant lands in the Mojave Desert and features dramatic peaks, scenic canyons, natural springs, ancient Joshua tree forests, and a rich history of rock art and other cultural sites. The proposed monument is a hotspot of botanical diversity, providing habitat for a cacophony of plants and animals, including many species found nowhere else on Earth.

The area is considered sacred by the Yuman speaking tribes which include the Mojave, Hualapai, Yavapai, Havasupai, Quechan, Maricopa, Pai Pai, Halchidhoma, Cocopah and Kumeyaay. The area is tied to their creation, cosmology, and well-being. Spirit Mountain, called Avi Kwa Ame by the Mojave Tribe, is located on the eastern boundary of the monument, is also a sacred site to the Hopi and Chemehuevi Paiute.

Establishing the Avi Kwa Ame National Monument is a crucial step in the preservation of Native American ancestral lands, joining Bears Ears and Gold Butte national monuments. The areas designation would also protect the quality of life for local residents. For these reasons, tribal leaders, local Searchlight, Boulder City and Laughlin residents, the Nevada Legislature, conservation groups, and others are calling for the establishment of the Avi Kwa Ame National Monument.

I support the designation of the Avi Kwa Ame National Monument, as it will conserve important cultural sites, protect wildlife habitat, benefit our state’s economy, and secure the permanent protection of these lands for the benefit and enjoyment of present and future generations.

Why a national monument? 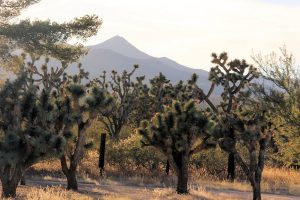 The area also contains critical habitat for the desert tortoise and contains the largest area of high-quality tortoise habitat in the State of Nevada. It may also possess the highest desert tortoise population densities in the state.

The area has been designated as an Important Birding Area for its unique and diverse assemblage of birds that includes gilded flickers, Harris’ hawks, and curved-billed thrashers. The area contains one of the highest known density of golden eagles in Nevada. 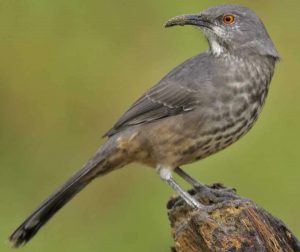 In addition, nearly two dozen species of raptors, reside in the proposed monument including bald eagles, peregrine falcons, and western screech owls. The landscape is also important for migratory birds due to its proximity to foraging habitat, nesting habitat, and to the Colorado River, which is one of the most significant features in the Pacific Flyway.

The proposed monument includes numerous other biological treasures including the elusive Gila monster, which spends a significant portion of its life underground. Upland areas contain a unique arid grassland community that includes 28 species of native grasses, about half of which are rare.

The Monument would create an essential corridor that connects the Mojave National Preserve, Castle Mountains National Monument, Mojave Trails National Monument, and Dead Mountain Wilderness Area in California with Lake Mead National Recreation Area in Nevada and the Colorado Plateau. This will serve as a contiguous block of habitat of sufficient quality and quantity to promote the survival, growth, reproduction, and maintenance of viable populations of Mojave Desert flora and fauna. 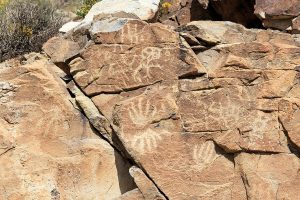 As important as this area is ecologically, it is equally significant as a cultural landscape. The entire area within the proposed monument is within the viewshed of Spirit Mountain and considered sacred by the Yuman speaking tribes which include the Mohave, Hualapai, Yavapai, Havasupai, Quechan, Maricopa, Pai Pai, and Kumeyaay.

The area is tied to their creation, cosmology, and well-being. Spirit Mountain, called Avi Kwa Ame by the Mojave Tribe, is located on the eastern boundary of the monument, is also a sacred site to the Hopi and Chemehuevi Paiute.

Spirit Mountain was listed on the National Register of Historic Places as a Traditional Cultural Property in 1999 in recognition of its religious and cultural importance. The designation is rooted in the Yuman community’s history and is important in maintaining the continuing cultural identity of the community.

Spirit Mountain is the center of the Yuman tribes’ creation and figures predominately within their spiritual ideology. The Yuman Tribes believe the mountain is the spiritual birthplace of the tribes, the place where ancient ancestors emerged into this world.

According to the Mojave Tribe, which serves as caretaker of the mountain and surrounding landscapes on behalf of the other Yuman tribes, the area within the proposed monument is physically and spiritually connected to the viewshed and landscapes that surround Avi Kwa Ame. They believe this connection is through the mountain peaks and ranges surrounding Avi Kwa Ame. The network of trails and cultural sites and the corresponding creation stories links their tribe and religious traditions to this important landscape. 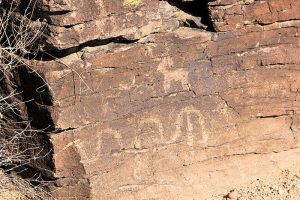 No formal cultural resources surveys have been conducted for the entire proposed Monument lands, but important cultural resources are known to exist, including prehistoric lithic scatters, rock shelters, petroglyphs, and quarry sites. Archeological evidence suggests that humans have used the area for thousands of years.

The area has an important more recent history as well. The Rock Springs Land and Cattle Company began grazing in the Paiute Valley in the early 1900s, using the Walking Box Ranch as a base of operations. After changing hands several times, the Bureau of Land Management acquired the ranch in 2004. The property is listed on the National Register of Historic Places.

In the southern part of the proposed Monument is a section of the historic Mojave Trail, which was originally used by Mojave and other Native Americans to transport goods from the southwest to trade with the Chumash and other coastal tribes. The trail was later modified into the Mojave Road, also known as the Government Road, which serves both civilian and military travelers, mail carriers, and supply wagons between Arizona Territory and California.

Designating the area a National Monument would preserve the access and connection all of these communities have had for generations and protect the quality of life local residents enjoy today.

The proposed monument would protect a wide variety of recreational experiences and opportunities for the public to explore and enjoy, including hiking, backpacking, wildlife viewing, scenic driving, hunting, horseback riding, as well as opportunities for solitude, dark night skies, and personal discovery. 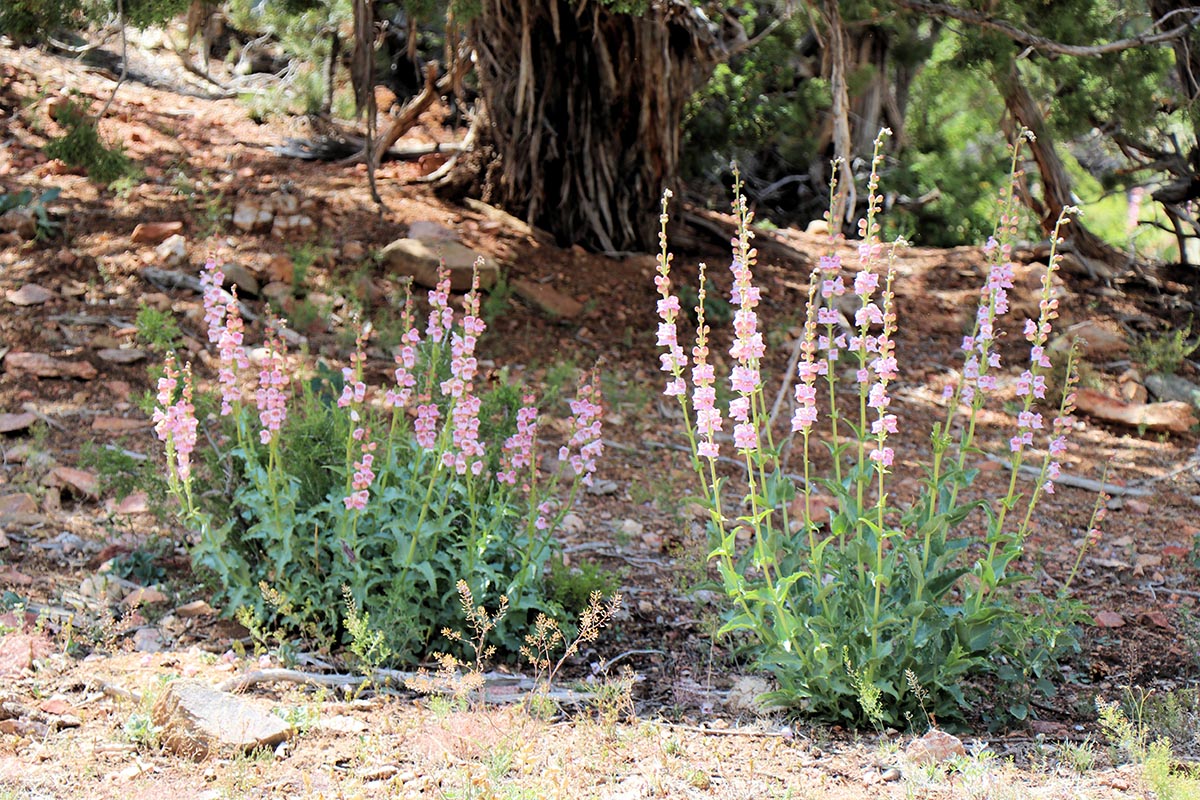 The remote nature of the area protects the ability to enjoy the increasingly rare natural quiet and dark night sky and solitude. The star-filled nights and natural quiet of the monument lands transport visitors to an earlier eon. Against an absolutely black night sky, our galaxy and others more distant leap into view.

The proposed monument inspires awe and wonder, providing outstanding opportunities for sightseeing, nature photography, night sky viewing, and painting. In traveling through the area, one is struck by the lush desert vegetation and rich biodiversity and the unbroken nature of the natural landscapes. 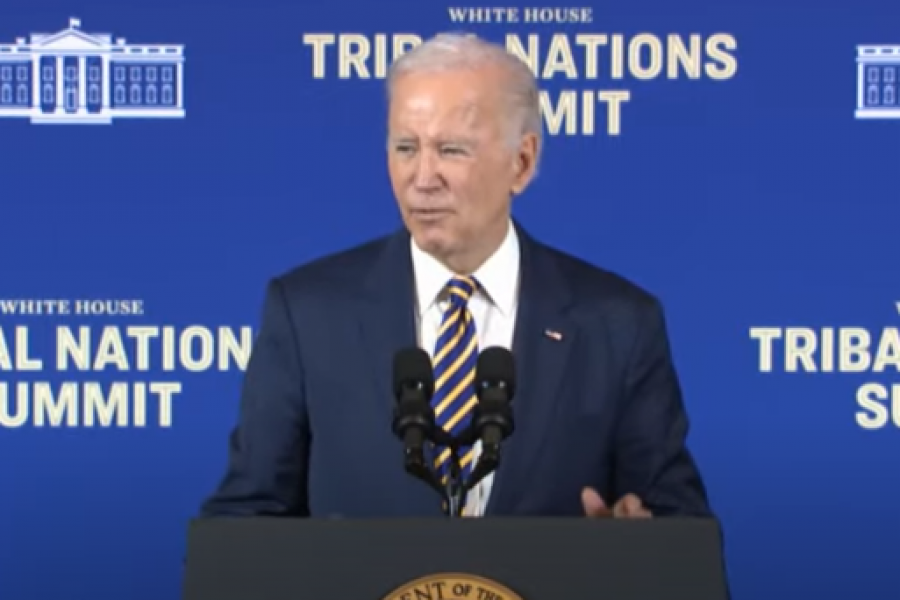 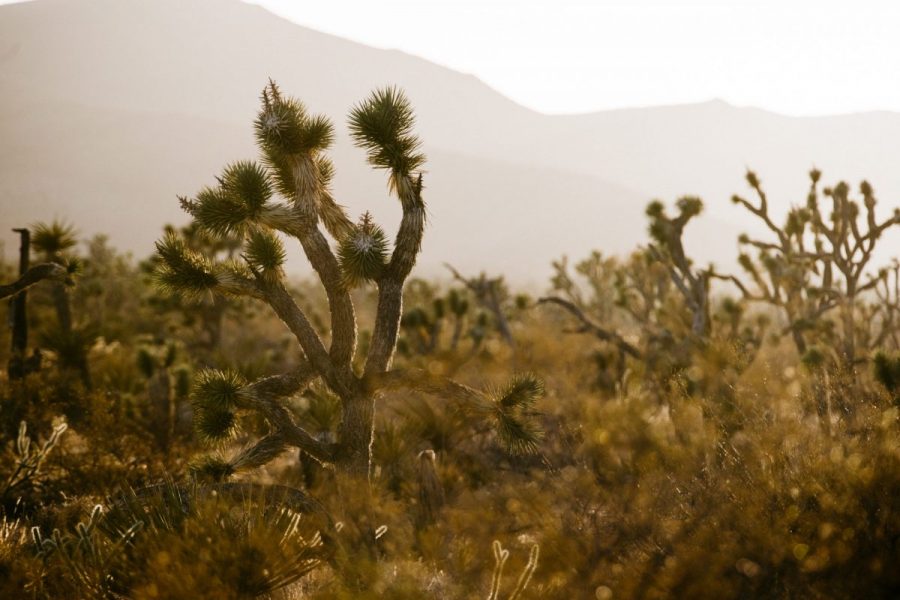 FOR IMMEDIATE RELEASE: November 30, 2022 Contact: Will Pregman, wpregman@battlebornprogress.org, 702.752.0656 Supporters of Southern Nevada Proposed Monument React to News of Upcoming Designation by the White House NEVADA – In response to breaking

How can we help?